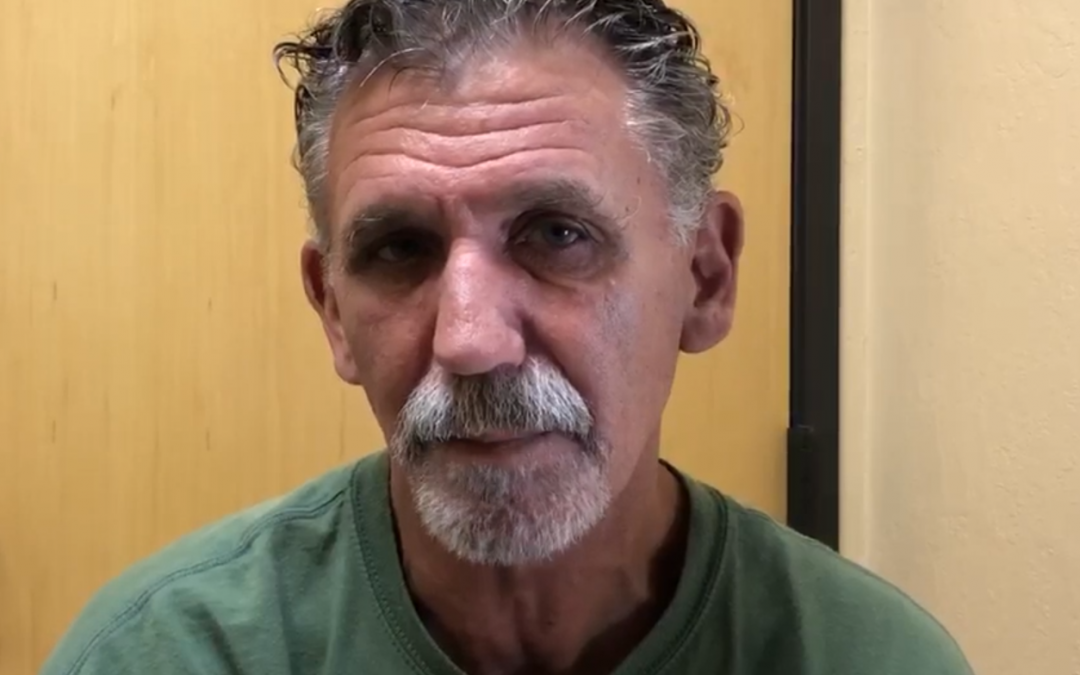 Local man Mark Burton has been a Nevada County resident for 35 years. He was once a successful businessman and married but today, Mark is homeless and receiving shelter at Hospitality House’s Utah’s Place.

Mark and his family operated a construction business for 16 years. However, legal troubles down the road caused the business to fold and created family divide. He started anew on his own, building homes, flipping a few along the way, and even became a landlord of several. At his peak, he owned five homes, but after 10 years, he was finding it harder to keep up. During this time, he and his wife divorced, which caused him significant heartache. Following a series of work-related injuries, the last of which hindered his ability to work, Mark began living off his life savings. With no family to lean on, his hopes for the future diminished. Mark began to self-medicate with alcohol to cope with his circumstances.

“Alcohol was my escape,” reflected Mark. “It was my medication to numb the physical and emotional pain.”

By 2020, Mark had lost almost everything; he scraped by in a rental, but his life savings soon dried up. On Christmas Eve, he was evicted. Friends helped initially by providing temporary refuge, but Mark needed help beating his addiction and guidance to turn his life around. In June 2021, he turned to Hospitality House for help and was met by caring staff who provided stability and support without judgement. Today, Mark is maintaining his sobriety (90 days and going strong). Case managers also connected him to much needed medical, resulting in hernia surgery and ongoing chiropractic care. Mark is relearning his self-worth and benefiting from case management, the computer literacy job training program offered at the shelter, as well as from being a caretaker (someone who assists with the day-to-day operations). Mark is finally healing in both body and mind. Each day, he takes another step toward returning to self-sufficiency and permanent housing, and because of Empty Bowl patrons and fellow donors in the community, one day, he’ll get there.

Did you know just $5 a month can change a life?