Along the Trail: World Traveler Partners with Hospitality House to Help People in Crisis 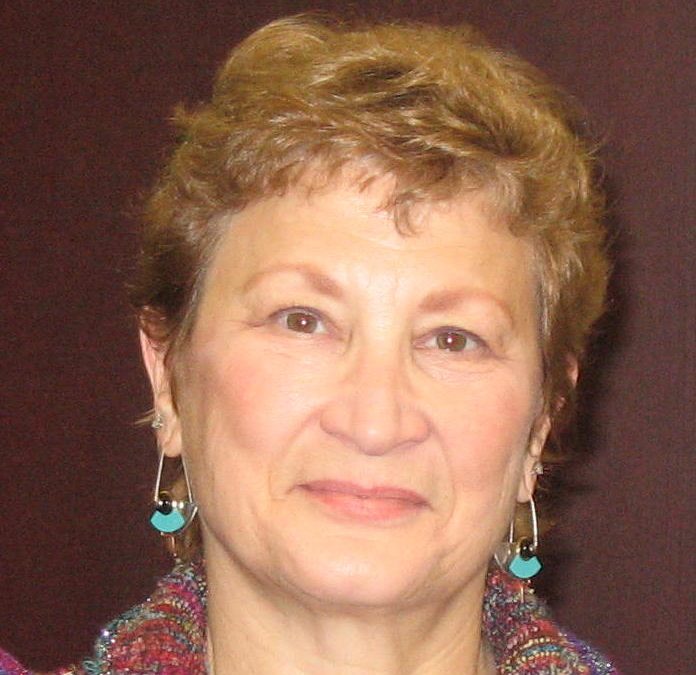 “Compassionate choices,” said Hindi Greenberg. “Anyone can find themselves homeless. Some people just need help. They need stability. I believe in that.”

Greenberg joined the Legacy Circle at Hospitality House by naming the nonprofit as a beneficiary in her trust. This decision ensures in the long years after she is gone, people in crisis will continue to receive the help they need. Helping others are values that were bestowed upon her as a child.

Growing up in Minneapolis, Minnesota, her parents volunteered at community organizations and, while they had a modest income, they donated as often as they could and were always available to help friends and neighbors in times of hardship.

“Watching your parents doing that kind of thing, you just learn,” explained Greenberg. “In junior high, I volunteered at a home for developmentally disabled adults. I was never told I had to do this. I just saw this was what good people did. They gave their time or money for others who may need assistance.”

When Greenberg was old enough, she began to travel the world and by living in other countries and backpacking extensively, she experienced a variety of cultures first-hand and saw things she could never unsee, even if she tried.

“In Asia, I saw such poverty,” recalled Greenberg. “I was exposed to what others don’t have that I do. Some more financially fit people say that these poor people can pull themselves up by their bootstraps. But many of these people were never provided with or taught to take bootstraps on which to pull; they don’t have the ability and they need help. I don’t believe that people should just be left to suffer—whether by the consequences of their own bad choices or what they were born into.”

Greenberg’s world experiences made her realize she had the ability to do more. She returned to the States and settled down in San Francisco where she pursued a career in law, taking on some cases for abused women. “I remember I dated one guy who tried to hit me,” she recalled. “When you have the capability to say ‘no,’ that’s good, but not everyone does.”

Greenberg practiced law for ten years, but the work was long and the cases more wearying with each passing year.

“I saw cases that gave me a sense of ‘wow, there is another side to life that isn’t a happy side,’” she explained. “If someone’s been raised in this bad situation, they are pretty isolated from the positive benefits of life.”

Greenberg switched gears and, for the past 35 years, she’s been a consultant for lawyers considering career changes through her business, Lawyers in Transition. Her business provided greater flexibility—she was her own boss; she made her own hours; and she could live anywhere in the world her heart desired—and her heart led her to Nevada County soon enough.

In moving to Nevada County, Greenberg took advantage of the vast hiking trails for exploring, entrenched herself in the arts community, and has served for eight years on the board of directors for InConcert Sierra, just this month being voted in as president. Her heart stays with nature and appreciating art in all its forms—from music, to performance, to fine arts—but she could never forget about people in need.

“The whole point of social service organizations is that any one of us could be in need of help at some time. I look at people with problems and I think, ‘I am not a rich person, but I’ve adequately taken care of myself so why not help someone who hasn’t been able to do that?’”

Greenberg found an easy and convenient way to do just that. She’s been a loyal donor of Hospitality House since its inception, but she wanted to do more without breaking her budget. She created a legacy not only at Hospitality House but for other organizations in the community that are important to her. The decision for her was easy—something anyone can do.

“Even for people who want to leave most of their assets for their family, it’s not hard to carve out a couple hundred dollars or a few thousand dollars to a nonprofit that is important to you; so you care for your family and your nonprofit,” she said. “I’ve put in a lot of volunteer hours, but I can’t afford to give a lot of money now. After all, if I live to be 95, I need to provide for myself. So, leaving a gift as a legacy allows me to give whatever is left. It might be a lot. It might be a little. But it’s my way of giving to people who need a bit of kindness and assistance.”

Greenberg will forever be part of the Hospitality House family—knowing forever that the decision she made today will someday help the future lives of tomorrow.