Heart on a String

This is the conclusion of the story of Hannah and her son Joseph that began in my first post. We left off with Hospitality House staff, in partnership with other county agencies, learning that Hannah, who had been diagnosed with breast cancer, did indeed once have a baby named Joseph. 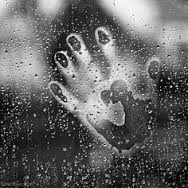 But now he was grown up, a young man in his early thirties living in Nevada County. Mental health staff working for the county arranged a meeting between him and his mother.

A Hollywood ending to this story might have Joseph taking his mother in his arms and dispelling her delusion of the past many years. But as it was, after they were introduced to each other there was little to say. He was polite; she was confused. Hannah could in no way understand that the grown man standing before her had once been the infant she’d been seeking. Joseph had been warned and wasn’t surprised. The meeting was short; they never met again.

Hannah was fragile and gentle and lovely in so many ways, but at the center of her delusion was an unimaginable longing that even Joseph himself couldn’t fulfill. We at Hospitality House wanted to help her, and did help her in many important ways, but it was clear that we could do nothing to resolve the problem that haunted her life. Food, shelter, medical care, psychotherapy, transportation, even a place to live—yes. But ultimate resolution—no. It goes that way sometimes with people who come to the shelter, as it does with everyone one else on the planet. No one can create the path that others must walk, and who even knows to what degree we create it for ourselves? The commitment at the House is to be there reliably for people with what they need when they’re ready and able to receive it.

By the time she met Joseph, Hannah had left the shelter and gone to live at Odyssey House, a small residential care facility in Nevada City http://www.calqualitycare.org/providers/assisted-living/residential-care/profile?id=297001169 . She came back to us several times, though, still looking for her baby. Sometimes, under the impression that he was staying at the shelter, she brought little infant clothes for him to wear. These she would tenderly fold and unfold, running her fingers over them, lingering on the feel of the soft white cotton. When we told her he wasn’t there, she would leave the things anyway, just in case. After a while, we stopped saying he wasn’t there and just took the clothes, seeing how much comfort the acceptance gave her. When I spoke to her in those days, she never mentioned having cancer, as though the illness she’d been treated for—unsuccessfully—had little to do with her. In time she moved out of residential care into her own apartment, where she received help from visiting nurses and mental health case managers. The cancer was advancing and she was in decline. Almost a year after the meeting with Joseph, she passed away.

I think of her at least once a week, usually in the same troubling vision: Hannah taxiing around Grass Valley, her sweet face pressed to the window, her heart, suspended in time, held out on a slowly breaking string.